Feeling lethargic? Finding it difficult to sleep? Feeling too hot and then too cold? Feeling a bit moody? It might just be the exposure to toxins. Over the past century, plastic has infiltrated our ecosystem so deeply that we find ourselves drinking, eating, breathing…pooping microplastics. Unfortunately, the effects of plastic pollution on us aren’t just limited to our exposure to microplastics.

It also reduces male fertility and causes reproductive issues. Sure, existence is pain and suffering but we want our species to survive and for that we gots to be fertile, unlike our land. Okay, digressing. Coming back to plastic. It also causes damage to our nervous system. I mean all our systems are nervous already, can we really endure more damage here? And it also increases our risk for cancer. And even that doesn’t cover the entirety of potential risks. Damn. It’s a laundry list. But even our laundry detergent has microplastics so how can we possibly wash away all that plastic? We have so much trust in our wastewater treatment system. I mean, we do have one of the best wastewater treatment plants in the world in Bombay but even so, wastewater treatment isn’t designed to filter microplastics. I want to dive deeper into what that means for our well-being.

Microplastics, microbes and my lack of cure

Microplastics may be teeny tiny to us but they make for quite a spacious home for microbes. Researchers from the New Jersey Institute of Technology have shown that microplastics can become hubs for various bacteria and pathogens to thrive in. Once they’re washed down our drains and enter the wastewater treatment plants, they actually start to accumulate and form a slimy layer on which all pathogenic microorganisms get to mingle, flirt and pair with antibiotic waste. When they mingle, they create antibiotic resistant bacteria. As other bacteria attach to the surface and start to grow, they swap DNA with each other like passing the ball of antibiotic resistance genes around. With this, communities are exposed to antibiotic resistant genes. More so in urban communities than in rural areas. Imagine these antibiotic resistant bacteria making its way to you through your tap water. Or maybe think about all the treated wastewater that is used to irrigate crops. Researchers found plastic in every sample, whether the rice was grown in Thailand, India, Pakistan or Australia and whether the rice was packaged in plastic or paper. One would think washing the rice would reduce the amount of plastic likely to be ingested but most households use tap water. Ladies and gentlemen, tap water contains microplastics. It makes sense to think that antibiotics presence around microplastics would be necessary to intensify antibiotic resistance genes in these microplastic-bacteria. So sure, let’s start separating the two into different treatment plants. But turns out, microplastics are quite well-versed with making shit worse without much intervention. They’re able to enhance the resistance genes without adding much antibiotics in the mix. The presence of antibiotics does have a significant multiplier effect though.

Fine, I develop some level of antibiotic resistance. So what? By 2050, 10 million people could die each year from diseases that have grown resistant to drugs. Right now, 7 lakh people die of drug-resistant diseases each year. Common problems like STDs and urinary tract infections are also becoming resistant to treatment. Routine hospital procedures like C-sections may become more dangerous as well as the risk associated with infection may also increase.

We may think that “we’re far away from fossil fuel extraction sites, we don’t live close to the oceans, we don’t live close to a dumping ground so how would plastic even get to us? We’re safe.” But, it does, in ways that cause all biomedical breakthroughs to also become useless because how will we fight diseases if we’ve already built a resistance to the cure?

This Plastic Free July, we want you to #ConnectTheDots and make the switch to a plastic-free lifestyle. You can head over to theswitch 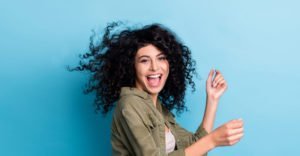 A practical guide to buying your first shampoo bar

Finding it difficult to decide on your first shampoo bar? Let us help with this practical guide to selecting the right one. 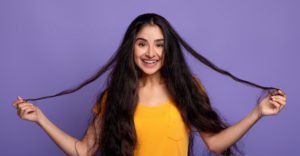 Everything about Shampoo bars – What, Why and How

Everything about shampoo bars is right here in this blog to help you make an informed decision when switching to shampoo bars.

Our Iconic Moment in Vogue

Here’s why we received the ‘Sustainability Icon’ at the Vogue Beauty Festival this year.

A practical guide to buying your first shampoo bar

select from our range of eco-friendly festive gift bundles under ₹500, ₹1000 and ₹2000. buy curated gift bundles or build your own.

filter products based on your hair, scalp or skin concerns or types*

*the page will quickly reload to show filtered results.

here’s a little nudge to get you started. flat 20% off on all products in our limited period introductory offer.